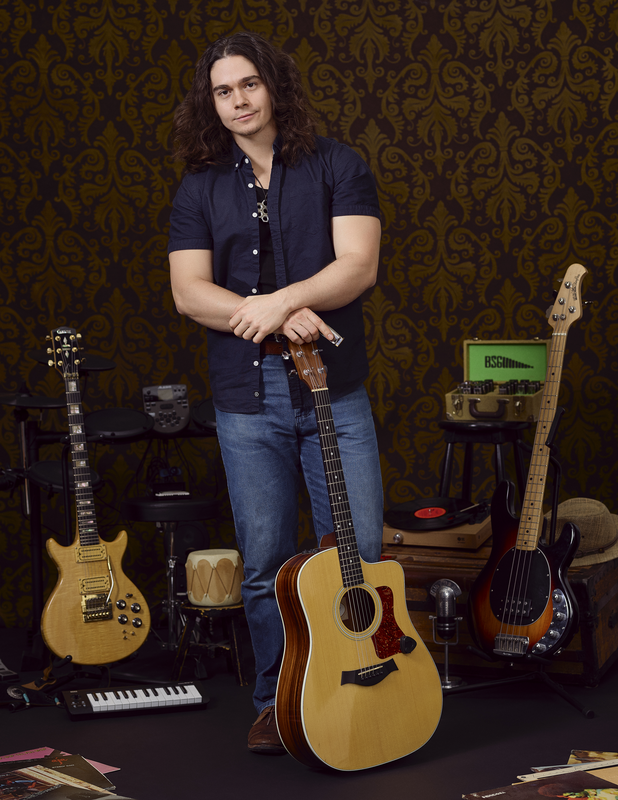 Bryn Scott-Grimes is a psychedelic, alt pop crooner and multi-instrumentalist from Toronto known for his virtuosic harmonica playing, wide ranging velvety vocals, and idiosyncratic songwriting. His musical influences range from Ella Fitzgerald, The Beach Boys, Big Walter and Jimi Hendrix to Stevie Wonder, film scores, and musicals, courtesy the eclectic and wide-ranging tastes of his parents.

Scott-Grimes' debut EP The Build (2022) is funded by the Ontario Arts Council. Bryn has released 4 other singles to date, including “Mr.Breathe” a 4-harmonica magnum opus instrumental and acoustic earworm “Summertime Sweetheart.” One of Bryn’s upcoming singles “You’re My” was co-written with Taylor Abrahamse and produced by Eddie Kramer (Jimi Hendrix, Carly Simon, Joe Cocker, Led Zeppelin). Scott-Grimes self-produced and played all of the instruments on his debut album Room on Ossington (2014).

Scott-Grimes composed the harmonica score for CBC Gem’s Rockin’ the Coffin (2020), and played on Danger  Dolan’s “The Ant Who  Complains All Day” (2016), which has over two million YouTube views. He was also featured in JbyJ’s documentary Me & My  Harmonica which won best documentary at the Canadian Ethnic Media Association awards in 2017.

As a dual citizen, Scott-Grimes grew up on both sides of the Canadian American border, from the Rocky mountains of Boulder, Colorado to the icy slopes of Montreal. Scott Grimes earned his BA Honours in music from York University (Toronto) in 2012. ​
A NOTE FROM BRYN:

"Since the moment I was born on my living room floor and refused to open my eyes, I opened my ears instead. Since then, I've learned to play a handful of instruments, write and produce songs, build a recording studio, lift 400lbs, and cook a mean omelette. Life is full of multiplicities for me, and I've discovered that having a lack of unifying force is actually a strength I prefer to nurture.

​The truth is no single title ever really reflects what any of us do or what we’re capable of. Over the years, I have ‘been’ many things: a paper delivery boy, airbnb host, personal trainer, property manager, food-delivery driver, house painter, construction worker, dish washer, teacher, small business owner, art dealer, handyman, boyfriend, son, sibling, friend, foe, entertainer, fool. All of these things have shaped who I am and who I’m becoming.

Now I channel it all through melodies, harmonies, rhythms, poetic words and an endless waterfall of textures, timbres, and vibrations and I help others do the same.
​
If you’re inspired, have a question, comment, or are interested in studying with me, check out my contact page for options. I'm sure we can both learn from each other. You can also follow me at @brynscottgrimes and watch more videos on my YouTube channel."